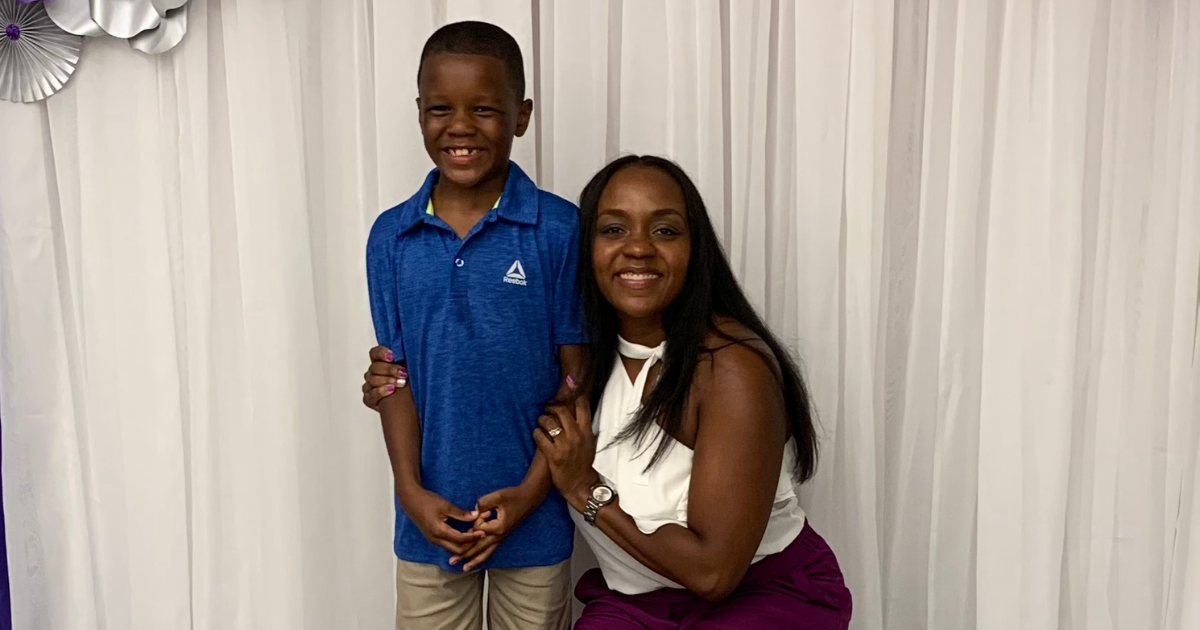 Back to Stories
“One day you will tell your story of how you overcame what you went through and it will be someone else’s survival guide.” -Brene Brown

Having a child with a rare form of epilepsy has been life changing. It has presented challenges, fears, but most of all, newfound strength. The word strength has many definitions. The definition that I relate to the most is: the capacity of an object or substance to withstand great force or pressure. I come before you as a mother and advocate for my son who is a Doose Syndrome Warrior. Doose syndrome is also known as myoclonic atonic epilepsy. Doose syndrome usually presents itself in early childhood. It is a rare form of epilepsy as it accounts for 1-2% of all childhood epilepsies. Children with Doose syndrome usually have many seizure types.

My Doose Syndrome Warrior is Mason. He is 10 years old and like other Doose patients Mason experienced many seizure types, including drop seizures, generalized tonic-clonic seizures, and absence seizures. Mason failed many seizure medications as Doose syndrome is often medication resistant.

Mason would have hundreds of seizures a day. There was a point when we could literally not keep count of the number of daily seizures. The seizures did not start until Mason was almost two years old. Prior to that time, we had no inclination that this syndrome would afflict our child. Mason’s diagnosis had a huge impact on our family because we could not trace any other person in our family history who had a severe epilepsy disorder.

There were times where we felt like prisoners in our home because we had no idea how to manage so many seizures outside of our home. We feared Mason would experience a severe injury because he had so many seizures every hour. There was no way for us to control the environment outside of the home. Mason stopped talking and walking and we began to fear for his future. His cognitive abilities were deteriorating. We were at a loss for what to do next for Mason. No matter what we tried, medication continued to not work for him. From our observations, the medications were making him worse.

At this time, my husband and I decided to travel to a hospital in another state to have his electroencephalogram (EEG) scans reviewed by a new neurologist. It was at this facility that we finally received the diagnosis of Doose syndrome. What I had previously read about Doose syndrome scared me. The prognosis was not good. I experienced a level of fear that I had never felt before. We were introduced to a medication that could cause another disease that the doctors described as being “incompatible with life.” My heart sank, but we decided to try the antiseizure medication anyway. Months later, Mason’s numbers were slowly signaling negative signs and we had to stop this medication immediately. Mason slowly recovered, but still has some underlying effects of the medication. I knew that something had to change and immediately!

We believed that the ketogenic diet was the next best step for us. We were discouraged by several healthcare providers to start this diet. They would explain to us that the diet is “too difficult” and “not worth the effort for every patient.” They stressed the difficulties, but never gave us any statistics on how well it could possibly work for our child. Being in this vulnerable situation, I believed them.

Things that I had read about the ketogenic diet scared me. I did not think that my family would be capable of doing this diet. In all honesty, it was going to be difficult.