Sharing My Story to Make A Difference 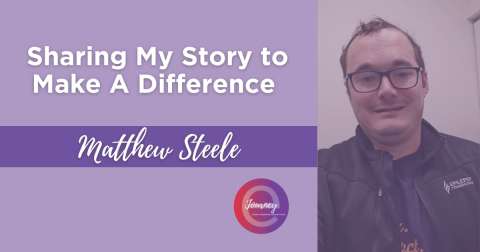 I had my first and worst seizure when I was one and a half years old. I could not breathe for three minutes. I was flown by helicopter to a children’s hospital where I was not able to do anything for five days. The doctors thought I would not be able to talk or walk for the rest of my life. Luckily, that was totally wrong.

Now, I am 32 years old. I graduated from college with a 3.55 GPA, and I currently live in an apartment on my own, work full time in a grocery store, and I can drive. In 2013, I had brain surgery and I still take medications, but I have been seizure-free for six and a half years.

Epilepsy has created obstacles, especially in school, but I have always been open about it and willing to share my story.

Once I learned about epilepsy, I wanted to share about epilepsy with everyone, so I am very involved with the local and national Epilepsy Foundation. Among my many achievements in my advocacy journey, I have spoken on behalf of people with epilepsy at a yearly conference at my elementary school, was a part of Teens Speak Up, and am an Advocacy Champion.

Epilepsy brings its challenges for sure, but I always believe the more people that know the better. I like to live by the saying, “Epilepsy does not have me. Instead, I have epilepsy.”