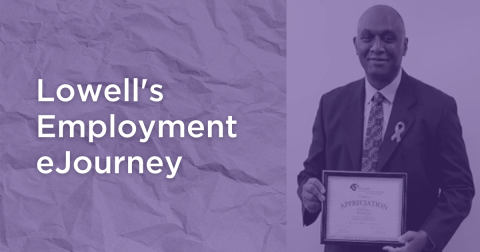 My epilepsy journey made it more challenging to maintain employment. The reason why was because my epilepsy was something that could be used against me, and the company looked at me as a “liability” instead of the “Asset” I had proven myself to be. They were worried about being sued when there was already information about my health on my personal record in the Human Resource department. Initially some people at the company thought I had been using illegal drugs, but that was found to be untrue.

In 2010, I was forced to work from home by my employer during a time when people in my department and position "never worked from home." I think they were just seeing if I was still going to achieve my level of success while working from home without a supervisor.

I basically have kept my head up high and showed organizations and people that I could still perform my duties. I even came up with projects and solved problems for the company that was not even assigned to me. One company even terminated me and then asked me to come back and train their employees.

Support for this eJourney story was provided in part by The Robert Wood Johnson Foundation. The views expressed here do not necessarily reflect the views of the Foundation.