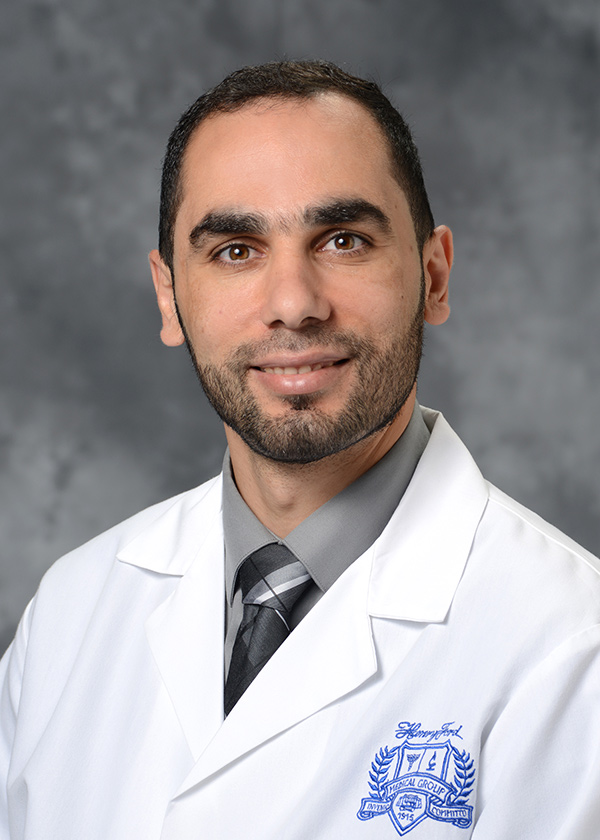 Omar Danoun MD is an assistant professor of neurology and epilepsy. He finished his medical school at Al Quds University in Jerusalem, Palestine. He then moved to the United Started for his neurology residency training at Wayne State University in Detroit, Michigan. Next he completed two specialized fellowships in clinical neurophysiology at the University of Michigan in Ann Arbor, Michigan, and epilepsy at Mayo Clinic in Rochester, Minnesota, where he was exposed to a variety of complex epilepsies requiring both medical and surgical interventions. He is currently a part of the comprehensive epilepsy program at Henry Ford Hospital in Detroit, Michigan.

Dr. Danoun is interested in complex epilepsy care and improving diagnostic tools and therapeutic options for epilepsy. His research interest is in cognitive neuroscience and the cognitive aspects and burden of epilepsy. He is also interested in Magnetoencephalography (MEG) brain imaging, which localizes brain activity using magnetic fields created by the brain cells, and using this tool to understand epilepsy localization in the brain and cognitive function in people with epilepsy.

Dr. Danoun is part of multiple studies aiming to better understand and treat complex epilepsies. He is a site coinvestigator for the SLATE trial focused on minimally invasive procedures and laser ablation in temporal lobe epilepsy. SLATE stands for Stereotactic Laser Ablation for Temporal Lobe Epilepsy.

Dr. Danoun believes in the power of knowledge and education and that better understanding seizures and epilepsy can improve care for patients. He is involved heavily in educating medical students, residents and fellows in neurology and epilepsy to train the next generation of providers who put the patient as their priority.