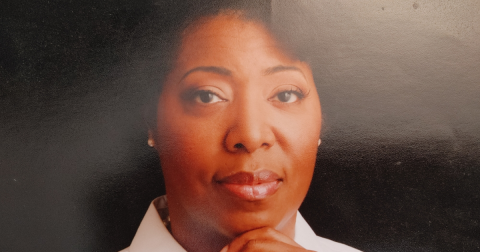 As I entered the store and made my way to the produce section, I grabbed a plastic bag, stuffed a bunch of bananas, and proceeded to place in my shopping cart. I was headed to the red potatoes when I suddenly heard a loud bang and, seconds later, people shouting for help and running. I stopped and ran to see what was going on only to discover a grocery store worker was experiencing a seizure and his team members did not know what was happening.

Other team members were yelling to grab the first aid kit. When they brought the kit, someone took a pencil out of the box and wanted to place it in the man’s mouth. I immediately said, “no, do not place anything in his mouth, keep him on side, stay with him.” I asked the folks who were crowding around to move back and give them space.

The man eventually moved through his seizure and gained full consciousness. He managed to get up with the help of his co-workers and they sat him in a chair. By this time, First Responders were now in the store and made their way to him and provided the care that was needed.

I slipped away to go back to shopping and minding my own business. As I moved through the store, a customer who had witnessed the incident came up to me and thanked me for my help. I chatted with her about the Epilepsy Foundation, Seizure First Aid, and gave her our website.

She said, “I need to learn that first aid.”

I smiled and said, “yes, it is so important and can save a life.”

I tried to assure her that things happen and for reasons we do not always know. I shared I worked for the Epilepsy Foundation and I am not a doctor, but we offer Seizure First Aid training to communities all over the world. I offered to get the poster to her so she can post it in their office and employee lounge. I also asked if she would be interested in her team being trained and she said yes. She provided her phone number and email address.

I finished my shopping, checked out and departed the store. Upon arriving home, I shared with my husband my experience at the grocery store. As I told him the story I began to cry. In that moment, I realized the Seizure First Aid training that I participated in and became certified on November 5th, made a difference in the lives of several people on December 3rd.