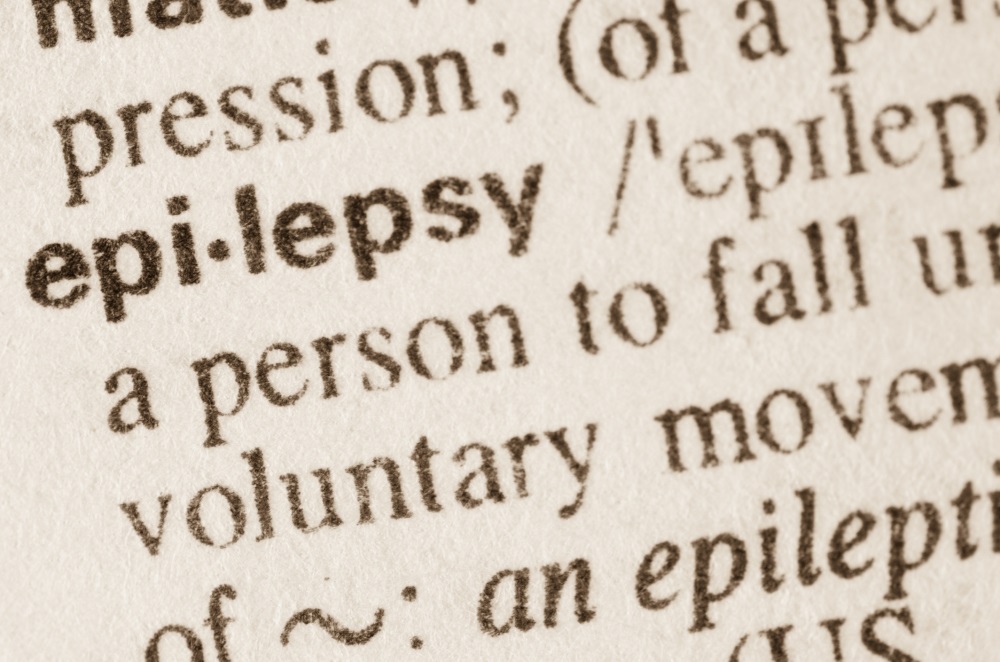 The International League Against Epilepsy (ILAE) is the world's main scientific body devoted to the study of epilepsy, and it has recently revised its classification of seizures. The changes will help make diagnosing and classifying seizures more accurate and easier.

In this article, you’ll find the new general outline of basic seizure classification. The Types of Seizures section has been updated to reflect the new classification system.

People with epilepsy have recurring seizures that often occur spontaneously and without warning. The official definition of a seizure is "a transient occurrence of signs and/or symptoms due to an abnormal excessive or synchronous neuronal activity in the brain."

Separating seizures into different types helps guide further testing, treatment, and prognosis or outlook. Using a common language for seizure classification also makes it easier to communicate among clinicians caring for people with epilepsy and doing research on epilepsy. The classification also provides common words for people with epilepsy and the general public to describe their seizures.

The first step is to separate seizures by how they begin in the brain. The type of seizure onset is important because it affects choice of seizure medication, possibilities for epilepsy surgery, outlook, and possible causes.

Describing Motor and Other Symptoms in Focal Seizures

Many other symptoms may occur during a seizure. In this basic system, seizure behaviors are separated into groups that involve movement.

Seizures that start in both sides of the brain, called generalized onset, can be motor or non-motor.

When the beginning of a seizure is not known, this classification still gives a way to describe whether the features are motor or non-motor.

The expanded classification keeps the framework of the basic classification, but adds more seizure types as subheadings. In the following image, the types of features under motor and non-motor seizures are listed for all types: focal, generalized, and unknown onset. 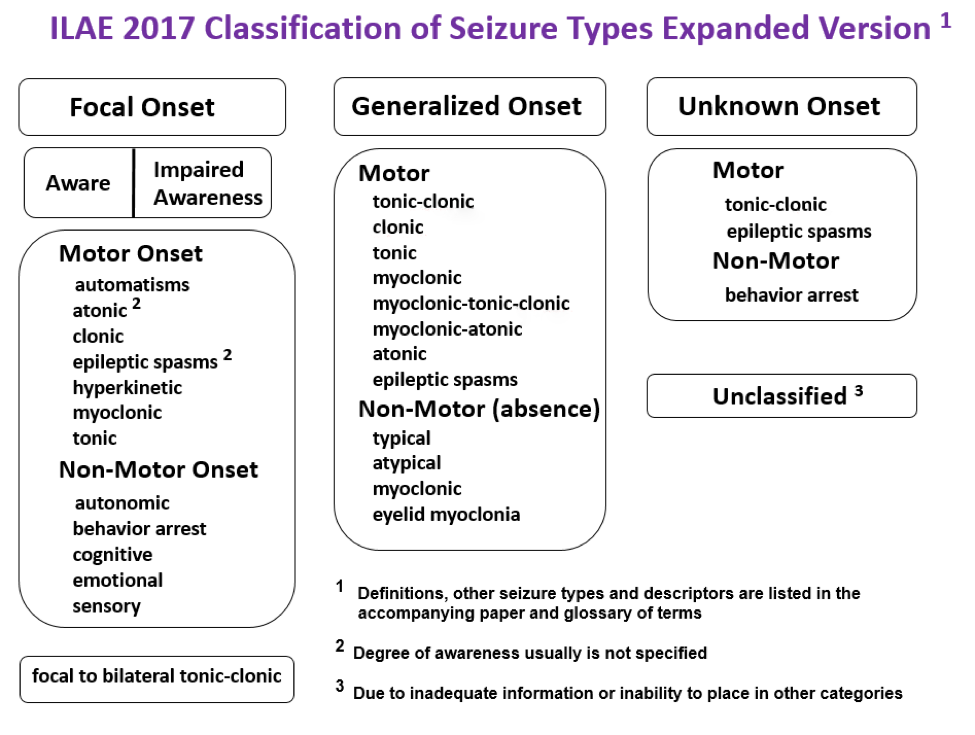 Classification of a seizure type is only part of the seizure description. The work to update the seizure classification has been done by a large group of dedicated people in epilepsy over a number of years. This new sysyem will move us forward, making it easier to describe seizures and using a common language to talk about them.

A few other points:

While the ILAE 2017 seizure classification is exciting, changing terms can be confusing and can take a lot of work. The Epilepsy Foundation is committed to helping educate people about the changes, what it means for them, and how older terminology relates to this new system.