The Titanic Impact of Medication Compliance on Epilepsy 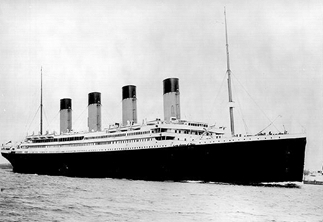 Let's start talking about the way you take your seizure medicines by comparing you to the Captain of the Titanic. Yes, the big ocean liner that sank. Although it made an exciting film, it was a tragic event with terrible losses. After years of working with people who have epilepsy, I have heard enough stories to make me think that every child, teenager, and adult who has epilepsy has as many responsibilities as that Captain did. The ship sank because of a series of errors in judgment and lack of knowledge. You, too, may be on a course toward a disaster, but it can be avoided.

The interrelationships among patients, families, doctors, and other healthcare providers are something like the interrelationships among the passengers, captain, and crew of a ship. What happened on the Titanic is an example of poor communication. The recent accident in Hawaii, in which a U.S. Navy submarine emerging from a dive hit a Japanese fishing boat full of students, is another example. The captain and crew were rushing to get back to port and skipping standard procedures. If they had looked carefully through the periscope, they would have seen the fishing boat. Both these disasters occurred because of human errors.

Are you the next Titanic? You might not know how close you are to danger unless you are fully aware of your daily activities. Let's try to improve the sensitivity of your radar. Neither the patient who misses many doses nor the doctor who attributes continued seizures to lack of drug efficacy sees the iceberg ahead.

If you don't use some method for self-assessment, you probably don't have a clue about how often you accidentally forget to take some pills. Watching your pill usage is as important as having a sailor watching the sea with binoculars or checking the periscope. You need to see potential problems coming up before they sink you.

Do you organize your pills in a plastic dose box that can be filled once a week? Using this type of box, you can see the dose you forgot to take because it is still in the box at the end of the day.

Do you check the date that you expect to need a refill? Does your supply of pills last longer than the 30 or 90 days of the prescription? You can count the number of pills remaining when it's time for your 30- or 90-day refills to get an estimate of the number of doses you missed.

I became interested in the way people take medicines when I was testing drugs. I quickly realized that poor seizure control sometimes was not the fault of the drug. Obviously, medicine won't work if you don't take it. My question became: Did the drug fail or did the patient fail to take the drug? I was lucky to be at the right place at the right time. Someone had just invented an "electronic pill bottle" that I could use to answer my question. The bottle cap has a computer chip that records the date and time whenever the cap is opened. I can download the information onto my computer to see the dosing pattern. I started by asking some patients if they would use the electronic bottle so I could better understand how their medicine worked. Within a few weeks, I had collected some amazing information. This technique was a window on human behavior! In the dozen years that I have continued this research, I have learned a lot about how people take the medicines that are prescribed for them.

Here's a summary. I learned these facts after gathering data from patients who used the electronic bottles:

It doesn't matter how severe the consequences of missed doses may be. Even people who risk death do not follow their prescriptions perfectly. The possibility that missed doses may result in having a major seizure in public, at work, at school, or while driving does not produce perfect compliance with schedules for taking seizure medicines.

Following is an example of a dosing record for someone who was supposed to take medicine three times a day. Look at the variable compliance on weekdays, and neglect on weekends. I guess this person thinks he needs his medicine only on Mondays through Fridays!

This is it: the number of times a day that you have to remember to take medicine. I found that people took all of their pills at the same time when they remembered a dose, and skipped all of them when they forgot a dose.

Let me tell you one person's Titanic story:
Mike had had epilepsy since he was a child. When he was younger, he had lots of generalized tonic-clonic seizures, but new seizure medicines had kept them well controlled for the past few years. I met him when he was 22 years old. He worked full-time delivering supplies (driving a truck). A lot depended on remaining seizure-free. He volunteered to use one of the electronic bottles. He took his medication twice a day on about 80% of the days I observed for a few months. I asked him to continue using the bottle so I could get an idea of his consistency over a long time. Six months later, he called with an urgent problem: an unexpected generalized tonic-clonic seizure. Neither he nor the doctors could understand what had happened because he had been seizure-free for several years. The doctors wanted to bring him into the hospital for a full evaluation to find out what was happening. When I heard his story, I asked him for his electronic pill bottle.It contained the whole story:

What happened to Mike? It was clear that the medicine worked well to control his seizures when he took it regularly. But he was susceptible to seizures when his drug level was very low (such as after missing a few doses). Notice that he forgot both doses on Thursday and the morning dose on Friday. He had stayed up late watching a TV movie on Wednesday night. He was in a rush on Thursday morning, so he forgot his AM dose. After being late for work on Thursday, he worked late, came home very tired, and fell asleep on the sofa, forgetting his evening dose. Not being in his bedroom on Friday morning, he was off his routine for taking the morning dose. His family reported that the seizure occurred Friday evening after the TV news. When he recovered, he took the evening dose. He lost his drivers license and his job. That was his Titanic story.

There's more: He continued to use the electronic bottle. Eight months later, the same thing happened. He had another major seizure after missing several doses. I had a long talk with him about the need to be vigilant every day, 365 days a year, with no time off for good behavior.

There was no need for Mike to have a special neurological evaluation to understand why he had those "breakthrough" seizures. He did not need a higher dose, which might have caused side effects. He did not need to change to a different seizure medicine or to have a second one added to control his seizures. He just needed to be more careful about taking his medicine. That's why I say that everyone is Captain of his or her own ship.

What can you do to keep your ship afloat?
Why do people (like you and me) forget to take an important medicine? Even if you have a good system for taking your pills, "things happen" that can throw you off schedule. Most missed doses are simply overlooked or forgotten and you're not even aware of what happened. The event passes unnoticed. When you think about it later, you probably think you took the dose as usual. After all, if you forget a dose, you cannot remember that you forgot it!

There are a few things you can do:

If you have any suggestions that might help other people, let me know. Send a note to this website with your cues and ideas.